Although almost everyone knows a family affected by autism, it can be inspiring to see how celebrity parents handle this disorder when it affects their children. A number of celebrities have children on the autism spectrum, and many are candid in interviews about their experiences. Many celebrities also use their fame and fortune to help advocate for people with the disorder.

13 Celebrities with Children on the Autism Spectrum

Perhaps one of the most publicized celebrity parents is Jenny McCarthy. She maintains that she cured her son Evan's autism through diet and early intervention. She's president of Generation Rescue, a non-profit organization that provides grants to help families struggling with autism. 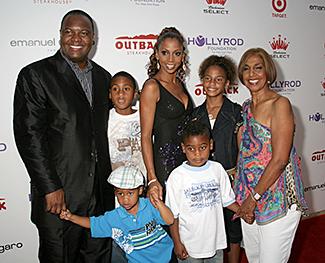 This actress, of 21 Jump Street fame, is also the mother to Rodney, who was diagnosed with autism in 2000. With her husband, she runs a foundation devoted to autism and Parkinson's disease, where she recently published a letter to rapper 50 Cent about his unkind use of the term autistic in a tweet.

Actor and president of the Screen Actors Guild, Ed Asner is both a parent to an adult child with autism and a grandparent to a younger child on the spectrum. He's provided numerous candid interviews about his experiences, including this video about the Faces of Autism.

Singer Toni Braxton is very candid about her struggles with her son Diesel's autism diagnosis. In a 2011 interview with OK! Magazine, she spoke about the importance of early intervention and the role of the non-profit organization Autism Speaks.

Sylvester Stallone is the father of an adult son with autism. In 1990, he made this public service announcement about how the disorder has affected his son, Seargeoh. 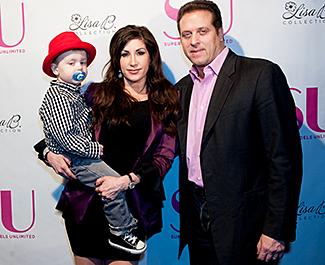 In 2012, the star of The Real Housewives of New Jersey gave a candid interview with People magazine about her son Nicholas' autism diagnosis, and the effect it's had on her family. In the interview, she shares that she has the same worries as many other parents, namely whether her child will have a happy and independent life.

Football player Dan Marino has been open about his son, Michael's, diagnosis with autism. He and his wife have even contributed to a hospital to fund a wing for treating the disorder.

Boyz II Men band member Shawn Stockman founded a charity called Micah's Voice after his son, Micah, was diagnosed with autism. The charity offers financial support to families struggling with the cost of caring for a child with the disorder. 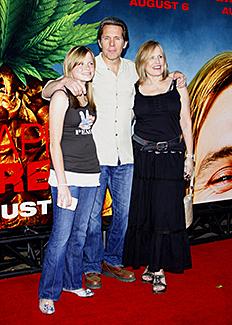 Actor Gary Cole also has a daughter on the autism spectrum. His daughter, Mary, was diagnosed at age 2, and in a WebMD interview, he urges parents to seek out early intervention if they are concerned about their child's development.

Aiden Quinn has given several interviews about his daughter Ava and her struggle with autism. He strongly believes in the purported link between the MMR vaccine and autism, although this theory is not supported by current scientific research.

Actor Joe Mantegna opened up about his daughter Mia's diagnosis with autism back in 1990 during an interview with BrainWorld Magazine. In the interview, he expresses his admiration for organizations like Autism Speaks.

Football player Doug Flutie has a son, Doug, Jr., who was diagnosed with autism. With his wife, he started the Doug Flutie, Jr Foundation for Autism, which offers grants for autism support.

After the death of his son, Jett, John Travolta went on the record as saying that Jett had autism. Prior to Jett's death, the family kept the information to themselves.

For many families, the challenges presented by autism are something they face in private. However, celebrity parents of children with autism help bring attention to the disorder and its associated causes.