Many people have gained recognition in the autism community for their contributions to the world's understanding of autism spectrum disorders (ASD). Whether they offer insights into the thinking and processing of people with ASD or they create amazing work both despite and because of their disorder, these individuals offer inspiration for parents and children on the spectrum. 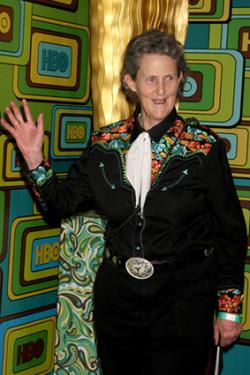 Famous People on the Spectrum

Many well-known people are on the autism spectrum.

Temple Grandin is a successful author who was diagnosed with autism at the age of two. In addition to being a professor of animal science and designing humane handling facilities for livestock, Dr. Grandin has written several books about autism and her experiences, as well as a number of books on animal handling. She embraces her unique perception and neurologically atypical mental processing as assets, and she encourages others with ASD to do the same.

Thomas A. McKean is a celebrity among the autism community for his dedication to individuals and families affected by pervasive developmental disorders. McKean was diagnosed with autism in 1979 when he was 14 years old, and he was institutionalized in a psychiatric facility for two years. His experiences have led him to become an advocate for people with autism spectrum disorders. He has written two books and given countless speeches and interviews on the subject.

Donna Williams is an Australian artist and author who refers to herself as a "kinesthetic thinker." She offers insight into mental processing and how it can differ from one individual to the next. She is the author of the best-selling book, Nobody Nowhere. 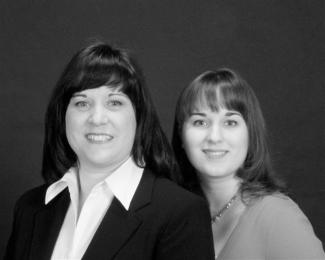 Kim Miller is a talented artist who has helped people understand the autistic experience as it relates to communication, interpersonal relationships, and visual arts. Kim, along with her mother, Eileen Miller, talk about autism in speaking engagements.

Stephen Shore (pictured main image) has reached celebrity status for many people in the autism community. Stephen was nonverbal until the age of four, and doctors suggested that he be put in an institution. With his parents' guidance and with support from dedicated professionals, Stephen thrived, eventually authoring Beyond the Wall: Personal Experiences with Autism and Asperger Syndrome. He continues to be a driving force in the autism community as an educator and speaker.

Daniel Tammet is a mathematical savant, writer, and educator featured in the documentary The Boy with the Incredible Brain. He has the unique ability to describe how his mind functions, and he offers insight into issues involving sensory processing, language, and social interactions. 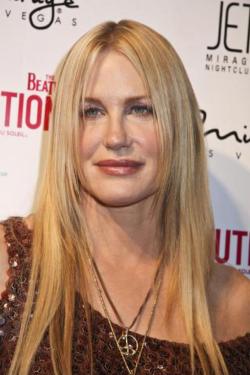 Daryl Hannah was diagnosed with autism as a child. Her doctors recommended that her parents institutionalize her, but instead they worked with Hannah to help her overcome many of her challenges. Even as an adult, she found fame disconcerting and has chosen to devote her time to environmental activism.

Japanese composer Hikari Ōe was born with a brain hernia and developmental disabilities, as well as autism. Although he is mostly non-verbal and has significant challenges in the areas of daily skills, Ōe has a savant ability in the area of music. His parents originally gave him piano lessons as a form of therapy, but his unique talent for composition soon emerged. He has composed numerous pieces of classical music and has recorded several CDs.

Pulitzer Prize-winning critic and author Tim Page publicly defended his diagnosis of Asperger's Syndrome in an op-ed for the New York Times. Page did not receive his diagnosis until adulthood when he began to seek out explanations for his unique challenges and strengths. He published the memoir, Parallel Play, about his experience growing up on the autism spectrum.

Jazz prodigy Matt Savage was diagnosed with Pervasive Developmental Disorder - Not Otherwise Specified (PDD-NOS) at the age of three and suffered from severe sensory processing challenges, particularly to auditory stimuli. With help from intensive auditory integration therapy, he was eventually able to tolerate, and even love, music. He recorded his first album at the age of seven and went on to compose his own work, writing and recording 70 songs by the age of 17. 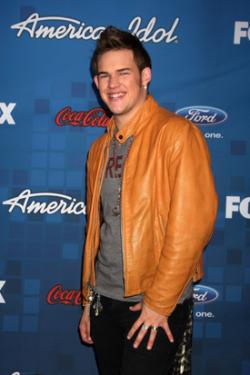 "American Idol" contestant James Durbin has a diagnosis of Asperger's Syndrome. In an interview with Autism Speaks, he shared his belief that an autism spectrum disorder is not a roadblock to success. He feels his ASD is an asset rather than a disability and recommends people on the spectrum create their own goals and definitions of success.

Author John Elder Robison is famous for his best-selling memoir about living with Asperger's, Look Me in the Eye. He has also written two other books which offer insight and advice for families raising children on the spectrum. His use of humor and attention to detail make his books popular with neurotypical individuals, as well as people with autism spectrum disorders.

Comedian and actor Jerry Seinfeld has said in interviews he believes he is on the autism spectrum. He cites social challenges and a tendency toward literal thinking as reasons he thinks he may have some form of ASD. There is no evidence that Seinfeld has an official diagnosis, and his announcement stirred controversy in the autism community. Some feel that his self-diagnosis makes light of the significant challenges faced by people on the spectrum.

Known for his acting, writing, producing, and musical abilities, Dan Aykroyd has been in the limelight since the 70s. He has noted in interviews that obsessiveness was one of his ASD symptoms, but that it actually assisted him in creating the Ghostbusters film. He was diagnosed with Asperger's Syndrome, which is now known as high-functioning autism.

Famous video game designer and inventor of the Pokemon franchise Satoshi Tajiri has expressed how having symptoms of autism actually helped him thrive in the gaming industry. He notes his obsessions allowed him to understand the games he was developing backwards and forwards. He has become an inspiration to many people on the spectrum.

Famous for her singing, acting, visual arts and writing, Courtney Love rose to fame in the 90s. In her career, she was known for being one of the most successful female leads in a rock band. In several interviews, she has shared that she was diagnosed with autism early in her life. She noted struggling with speaking for several years before she was able to communicate.

According to WebMD, the term "autism" has only been used for a little over 100 years, and it originally referred to the symptoms of schizophrenia. Doctors first diagnosed autism as it is known today in the 1940s. However, it's likely many cases from before this period went undiagnosed. If they had lived today, the following famous historical figures may have been diagnosed with ASD.

Autism expert and author Tony Attwood maintains Mozart had many of the signs of Asperger's Syndrome, although he adds this retrospective diagnoses is "pure conjecture." As a child prodigy and prolific and single-minded musical genius, he may have exhibited some characteristics of an individual with ASD. However, there is limited evidence of his significant social impairment.

The BBC reports scientists at Oxford and Cambridge have retrospectively diagnosed noted physicist Albert Einstein with Asperger's Syndrome. Among the characteristics researchers note are Einstein's childhood social development and his tendency to repeat phrases and sentences. However, Einstein frequently displayed a sense of humor, which can be challenging for some people on the spectrum.

In the same BBC article, researchers also retrospectively diagnosed Isaac Newton. They cite his limited speech and social connections, as well as his tendency to give lectures to empty rooms if no one appeared to hear them at the appointed time.

In a controversial book called Diagnosing Jefferson, author Norm Legin asserts the founding father's preoccupation with special interests, social and communication impairments, and other traits were indicative of Asperger's Syndrome. The book's forward was written by Temple Grandin, who supports the theory.

Father of evolutionary biology, Charles Darwin, may also have been on the spectrum. According an article in The Telegraph, researchers believe Darwin's single-minded focus, persistence, and creative thinking style indicated a potential ASD link. However, this theory is highly controversial.

Although these individuals stand out for their contributions in the arts, mathematics, literature, and other important areas, they may be most valued for their ability to bridge the gap between people with autism and the neurotypical world. They also serve as inspiration to children and parents affected by ASD by proving that the disorder comes with great assets.