How long do autistic people live? The question is difficult to answer for any population. Autism is not classified as a medical condition, and it is not completely debilitating. The condition is not life threatening, but some circumstances may potentially have a bearing on longevity.

People With Autism May Die Younger

More research is required to completely understand the underlying factors, but research published by the organization Autista points to some startling differences in life expectancy for those on the autism spectrum as compared to the general population. On average, people with autism may die 18 to 30 years before their peers. In the United States, this translates to an average life expectancy of 49 to 61 years. The study identified some shocking statistics:

A 2016 study published in JAMA Pediatrics provided additional support for those on the spectrum having a higher mortality risk. The study found that young adults with ASD were twice as likely to die prematurely than young adults in the general population. This research pointed to underlying mental health conditions like anxiety and depression, which can go undiagnosed. In some cases, the symptoms of these conditions look different in those with autism, leading families and health care professionals to miss the signs that something may be wrong. In fact, up to 70 percent of people on the spectrum have another underlying mental health condition.

According to Autista, those with epilepsy were at the greatest risk of early death. Between 20 and 40 percent of people with autism also have epilepsy, compared to about one percent of the general population. The report noted that epilepsy was diagnosed much later on average in those with ASD, often in the teen years.

People with ASD are often attracted to water, according to Autism Speaks. In fact, among those who have a tendency to wander, drowning is the leading cause of death. Research indicates these drowning deaths often occur near the victim's home, usually within walking distance and often in smaller bodies of water like ponds. The average age of drowning victims was six to 11 years old.

Conditions like autism should not be confused with conditions that are medical in nature. Although there are comorbid physical and mental conditions associated with autism, it is not the autism itself that is responsible for the reduced life expectancy. People diagnosed on the autism spectrum do not have obvious physical characteristics. The brain of a person with autism functions differently, but this seems to have no direct physical effects on the body.

There are significant differences in the brains of people with autism that are not found in neurotypical individuals. These differences are measurable and quite real, even though they are not physically apparent.

Heightened activity in the amygdale found in adults with autism may interfere with the individual's ability to make appropriate social connections with others. The amygdale has specific functions, namely the "fight or flight response" among others:

The increased activity in this region of the brain may explain some of the difficulties an individual with autism has with proper social interaction as well as an overwhelming intolerance for changes in routine as well as transitions. The inability to process situational experiences effectively can lead to extreme anxiety and behavioral outbursts. Other evidence of difference in the amygdale are apparent in studies by the M.I.N.D. Institute at the University of California. 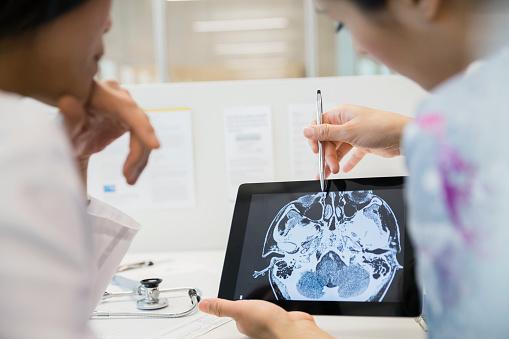 Brain research in autism has uncovered other significant differences in mental processing that lead to the unusual behaviors sometimes exhibited by individuals with autism. Research has found faulty brain connections and brain overgrowth in infants. None of these factors have a bearing on life expectancy.

Autism is not classified a disease or an illness that directly interferes with a person's health. However, it is present throughout the individual's lifetime. Health problems associated with autism are currently under investigation.

Some assert that autism may derive from an autoimmune problem that stems from environmental factors. These theories are controversial and have yet to be supported by scientific research.

Autism is a complex neurological condition that researchers are struggling to understand. There's a great deal of evidence that comorbid conditions like anxiety, depression, and epilepsy may significantly shorten the average lifespan for a person on the autism spectrum. Identifying, diagnosing, and treating these conditions may help prolong the lives of those who are affected.

Comments
© 2006-2021 LoveToKnow, Corp., except where otherwise noted. All Rights Reserved.
How Long Do Autistic People Live?