Although autism is a neurological developmental disorder and does not have any official physical symptoms, there are some physical characteristics that may lead doctors, parents, and caregivers to suspect a child or adult is on the autism spectrum. Knowing these characteristics can help you keep an eye out for symptoms of ASD.

During a child's first few months and years of life, every well child visit to the pediatrician includes a measurement of head circumference. This is the distance all the way around the crown of the head at its widest part, just above the eyebrows. The doctor then compares the child's measurement to a standard growth chart to see if the child's head is larger or smaller than average and how quickly his or her head is growing. A head that is growing very quickly or is significantly larger than average may be one physical aspect of autism.

Head size is one of the few physical characteristics that has solid research to support it. A 2000 study published in the American Journal of Medical Genetics noted the long history of research into this link and offered further evidence. The researchers found that about 23 percent of study participants with ASD also had a larger than normal head size.

More recent research, including a small 2007 study published in the Journal of Child Neurology, has also found head circumference of children with ASD increased more quickly between seven and ten months than their neurotypical peers. The rate of growth for the head also outpaced the child's overall growth at this time.

If you are concerned about a child's head circumference or growth, talk to the child's pediatrician. He or she can evaluate the child to determine whether there are any actual red flags for autism spectrum disorders or if the child simply inherited a larger head from the family gene pool. 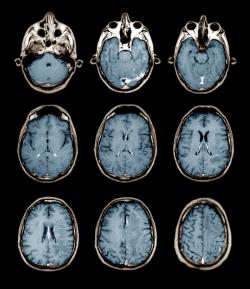 One possible reason for the correlation between a larger head and autism is the possibility of higher brain volume in these individuals. There is some research to suggest that brain volume, or the amount of white and gray matter present in the brain, may be another physical characteristic present in some people on the spectrum. However, there's also research to suggest this may not be true. Doctors can examine brain volume using magnetic resonance imaging (MRI) and then compare the amount of white and grey matter present in various parts of the brain to the average.

In the last couple of decades, there's been a great deal of research into a possible correlation. One 2005 article from JAMA Psychiatry describes a small study of toddlers with and without autism spectrum disorder. MRIs of the brains of these children indicated significantly larger cerebral cortical volume in children on the spectrum. The cerebral cortex is the part of the brain that controls language and memory for words. There have been several studies, including one published in 2017 in the journal Nature, that reinforce the idea that brains of children with autism may be larger than average in specific areas at certain times in development.

However, a 2017 study in Psychological Medicine found this difference in brain growth may be age-dependent, as it does not hold true for all ages and genders. There may be differences in the rate of brain growth at various ages, but this study's authors stress brain structure cannot be used to help diagnose ASD. Research is ongoing at facilities like the UC San Diego School of Medicine to determine whether brain imaging will ever be able to help diagnose autism.

Getting an MRI of the brain is often part of the process of determining whether a child has ASD. Generally, doctors use the MRI to eliminate other possible diagnoses, such as cerebral palsy. However, it's perfectly acceptable to ask about brain volume when you receive the results.

Once again, the research isn't solid enough in this area to use larger brain volume as a diagnostic tool for ASD. There is still too much that is unknown about ages, gender, and other factors. 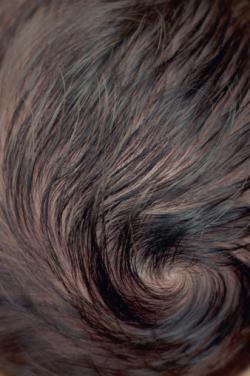 When you look at the top of an infant's head, you'll notice a pattern in the growth of hair. Typically, the hair grows in a spiral shape, spreading out from a center point; this is called a hair whorl. There's some limited evidence to suggest that abnormal hair whorls may be a trait of neurodevelopmental disorders like autism. According to the University of Deleware, up to 94 percent of newborns in the United States may have hair whorls that turn in a clockwise direction, and a very small minority of people have multiple hair whorls. Whether abnormalities in direction or number of hair whorls have long been a source of study, there is very limited evidence to suggest they may be a physical characteristic of some types of autism.

A 2013 study published in the Journal of Autism and Developmental Disorders found the presence of multiple hair whorls was associated with a higher incidence of autism spectrum disorders. The study noted multiple hair whorls weren't necessarily linked with any subgroup of autism or functioning level. The authors felt the research was promising, but much more research was required to create a known link between this feature and autism.

Another 2013 study published in the Turkish Journal of Psychiatry found a similar link between an individual having more than one hair whorls and also have a diagnosis of autism. Again, the researchers noted more work needed to be conducted in this area, but they felt that it might be a phenotypic feature of autism.

What does this possible link between hair whorls and autism mean for parents and other caregivers? Not a whole lot at this point. All studies that indicate a possible link in this area also caution more research is required. It could turn out multiple hair whorls are a predictor of developmental disorders, but that isn't the case yet.

If you're concerned about your child having multiple hair whorls, talk to your pediatrician. He or she can evaluate your child's overall development to determine if you should be concerned. 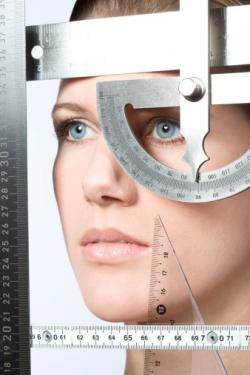 Many people have some degree of facial asymmetry. If you look closely at yourself in the mirror, you may see that things are not exactly the same on both sides of your face. One eye may be a little higher than the other, or your eyebrow may not be totally even. This is normal. According to a 2015 study in the Dental Press Journal of Orthodontics, more than half of the world population has some level of asymmetry. There is some very limited evidence to suggest that an asymmetrical face may be more common in people with autism spectrum disorders.

The same 2013 study published in the Journal of Autism and Developmental Disorders that found a possible link with number of hair whorls and autism also found a possible connection between facial asymmetry and the disorder. However, the study was small, and the researchers noted that much more research into this area.

The journal Autism Research published an article in 2017 also calling for more and better conceived research into a possible link between autism and facial features. The article noted that results were mixed in many studies, but this could be an area of promise, especially for some autism subgroups.

Ultimately, there just isn't enough evidence to conclude there is a link between an asymmetrical face and a diagnosis of ASD. Future studies may prove the link, but the research simply isn't there. That means that concerned parents should definitely not panic if they seem some asymmetry in children's faces. Remember, at least half the general population has this feature to some degree.

However, if you're worried, look for other signs of ASD. If you spot those, discuss your concerns with your doctor.

Head control is one of the big milestones of early infant development. When a baby is lying on his or her back and a parent grasps the arms and pulls the child to a sitting position, the child uses his neck and core muscles to keep the head in line with the body. Young infants will display a head lag, which means the head lags behind the shoulders when they are pulled to sitting. However, by month five, there should be no head lag at all. If there is, there is some evidence to suggest the baby may be at higher risk for autism spectrum disorders.

Several studies have demonstrated a link between head lag at six months of age and a later diagnosis of autism, two of which were conducted by the Kennedy Krieger Institute for Autism and Related Disorders in 2012. The studies focused on small groups of baby siblings of children with autism at risk for developing the disorder themselves. The researchers concluded that up to 90 percent of babies later diagnosed with autism had some level of head lag at six months of age. They developed the "pull-to-sit" test as a possible early screening tool for babies.

However, the results are not conclusive. A small 2015 study in the American Journal of Occupational Therapy found that while head lag was associated with longer stays in the neonatal intensive care unit and general delays in early neurological development, it was not related to neurodevelopmental disorders at age two.

If you find you're still needing to support your baby's head as you pull her to a sitting position when she's six months old, you should definitely discuss your concerns with a doctor. This represents a motor delay in itself and is cause for further evaluation. However, it does not mean your baby will go on to develop autism.

Keep in mind that the studies looked at babies who were already at risk for autism because they had a sibling on the spectrum. These were not studies of all babies with a head lag in the general population. They were small studies, as well. Your doctor can examine your baby and help you determine whether he or she is at risk.

Not Diagnosed by Physical Characteristics

Remember, autism is a neurodevelopmental disorder, not a physical one. None of the official symptoms of ASD are purely physical, and doctors don't diagnose the disorder based on how a person looks. However, as always, any concerns are worth checking out with your doctor.