Many autism awareness organizations have symbols to make them more recognizable and increase understanding. Learning which symbol goes with which organization and a bit of the meaning behind these colors and designs can help you make sense of bumper stickers, logos, and other graphics.

A classic color combination featured on many logos, the rainbow color scheme symbolizes the idea of autism as a "spectrum." Individuals with autism are unique and have a variety of strengths and challenges, and it's impossible to classify them under a simple diagnosis. Instead, autism is a spectrum of abilities and challenges. The rainbow spectrum works as a symbol here, since the various colors can represent the variety of abilities, as well as the unique nature of each person with the ASD diagnosis. 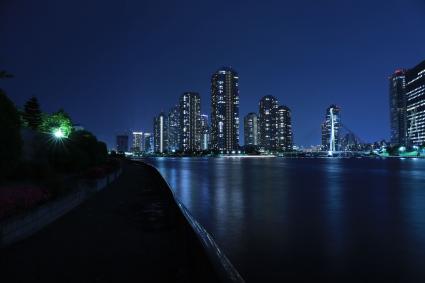 On World Autism Awareness Day, April 2, Autism Speaks encourages everyone to wear blue or use blue lights in their home or office. Whole buildings or cities sometimes install blue lights to shine at night. The campaign is called Light It Up Blue, and it's designed to be a recognizable symbol of autism to help make people aware of the disorder. Blue is the color associated with Autism Speaks as an organization, but it also means more to people on the autism spectrum. It can symbolize a feeling of calm and acceptance in a world that can be very loud and challenging sometimes.

Perhaps the most iconic and recognizable symbol of autism is the puzzle piece, either solid-colored or rainbow. This symbol has been around since 1963, and a number of organizations use it, including Autism Speaks, the Autism Society, and many others. You'll see it often during Autism Awareness Month. It is controversial, due to the idea of not fitting in.

According to the Art of Autism, the butterfly is developing as an alternative to the traditional and sometimes controversial puzzle piece. The butterfly symbolizes beauty in diversity, change in its own time, and continuing development. A person on the spectrum may not develop skills according to established milestones schedules, but they will continue to develop. The butterfly is a positive symbol of this type of change. It's also a symbol of the beauty of a different perspective.

Another puzzle piece alternative put forward by the Art of Autism, the infinity symbol - either in rainbow tones or a solid color. The infinity symbol can represent math and a love of numbers, something shared by many people on the autism spectrum. It can also signify inclusiveness and the integration of people with autism into general society, since there is no beginning or end to the sign.

Other organizations, such as the Autism Self Advocacy Network, use a rainbow-colored wreath design with intertwining bands of multiple colors. This symbolizes inclusiveness and equality because it has no beginning or end, and it also represents the spectrum of abilities and challenges that make up the community of people with autism. There's also a focus on unity, since all the colors work together to create the design.

Choose Your Own Symbol

There are lots of symbols and colors associated with autism spectrum disorders, but they may not all represent you or how you feel about autism. Once you learn how to recognize and interpret them all, use the ones that resonate with you personally or create your own symbol to show how you feel about ASD.

1
Comments
© 2006-2021 LoveToKnow, Corp., except where otherwise noted. All Rights Reserved.
Autism Awareness Colors and Symbols and What They Mean