If you have one child on the autism spectrum and are considering having another baby, it's important to understand some of the prenatal factors that may contribute to the disorder. Recent research suggests that genetics and environment both play a role in the development of autism spectrum disorders, and siblings of children on the spectrum are at an increased risk for developing autism. Knowing what you can and cannot control can help you reduce your anxiety if you choose to expand your family.

What Is the Chance of a Baby Sibling Developing Autism? 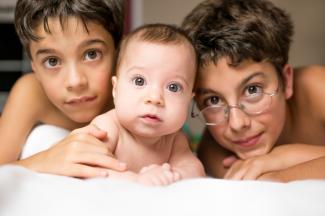 According to a study published in the journal Pediatrics in 2011, on average, 18.7% of younger siblings developed autism if they had an older brother or sister with the disorder. The study went into further detail, breaking down the statistics by gender and by the number of autistic children already present in the family.

If the new sibling is a girl, her risk of developing autism is significantly lower. The study estimated that girls who had one older sibling on the autism spectrum had a 9.6% chance of being diagnosed with an autism spectrum disorder.

Several previous studies, such as one by the Journal of the American Medical Association, have concluded that autism affects four times as many boys as girls. The Pediatrics study also found that if the new sibling is a boy, his risk of developing ASD is higher. The study estimates the risk to be about 25.9%.

The Pediatrics study also examined whether having more than one older sibling on the autism spectrum increased a baby's risk of developing the disorder. The study found that 13.5% of infants with only one older autistic sibling ended up developing autism, well below the average risk.

32.2% of Babies with Multiple ASD Siblings

Additionally, having more than one sibling on the spectrum dramatically increased the chance that a baby would be diagnosed with the disorder. 32.2% of those with two or more older autistic siblings went on to develop an autism spectrum disorder. The study found that this chance was even higher if one or more of the older siblings was a girl.

Prenatal Factors that May Increase Risk in Siblings

Since baby siblings are at increased risk, they have been the subject of a number of prenatal studies over the years. An exhaustive literature review published in the Journal of Neurodevelopmental Disorders in 2012 examined dozens of these studies to find trends. According to the review, the following prenatal factors may contribute to increased risk. 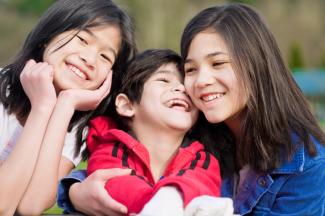 The review reported that recent studies have shown an increased risk is baby siblings were born less than one year after the birth of the sibling with autism. These closely-spaced siblings had three times the risk of developing the disorder. This risk decreased dramatically when siblings were spaced three or more years apart.

For parents considering having another baby, it may be wise to wait three or more years before conceiving. However, it's important to weigh this decision against other factors, like parental age, and consult with your doctor.

No Prenatal Vitamins Consumed Before Conception

Another study mentioned in the review found that mothers of children with autism were less likely to report having taken prenatal vitamins in the months before conception. These mothers often began taking prenatal supplements after discovering they were pregnant, but by this point, a large portion of neural tube development had already occurred. The study found that taking a prenatal vitamin for three months before conceiving reduced the autism risk in baby siblings by 40%.

If you're planning to conceive a baby, it's always a good idea to make sure you are getting enough folic acid, iron, and other important nutrients found in prenatal vitamins. Talk to your doctor about finding a brand that is right for you.

Exposure to Pesticides Before Birth 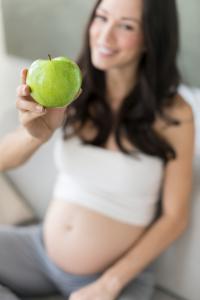 According to the review article, exposure to pesticides during pregnancy may also play a role in increasing siblings' autism risk. One study found that babies who were born to mothers living near a site where pesticides were applied in large quantities had six times the risk of developing autism.

If you live near a farm or participate in agriculture, try to reduce your exposure as much as possible. Even for those who don't live near agricultural sites, eating organic produce may reduce your levels of pesticide exposure and possibly reduce the autism risk for your child.

The review article also mentioned that having an infection during pregnancy, especially well-known mutagenic infections like rubella, could increase the risk of a baby sibling developing an ASD. The article notes that some researchers propose that this infection could increase the chance of immune disregulation, which has also been linked to autism.

Before becoming pregnant, it's always a good idea to make sure your immunizations are up to date. Talk to your doctor about any concerns you may have, and try to avoid areas where you know someone is ill. If you have a fever, discuss taking a fever reducer with your doctor. A study published in the Journal of Autism and Developmental Disorders showed that fever reducers could reduce the risk.

Medication Use During Pregnancy 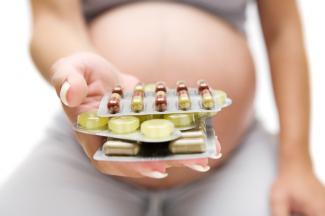 Certain medication, such as valproic acid and thalidomide, are linked with autism risk, according to the review article. According to a study publishing in the Journal of the American Medical Association, antidepressant may also play a role. Although these medications are rarely prescribed to pregnant women, they may not be the only pharmaceuticals that can increase autism risk.

Talk to your doctor about any medications you take if you plan to become pregnant. Reducing the use of unnecessary pharmaceuticals is always a good idea, since few drugs are proven completely safe for pregnant women.

Exposure to Air Pollution Before Birth

Air pollution, including proximity to coal-fired power plants and freeways, has been the subject of a number of studies, according to the review article. One study found that living within a quarter mile of a major freeway could double the risk of a baby sibling developing autism.

Short of moving to another house, there isn't much you can do about outdoor air pollution in the short term. A study by the University of Leeds reported that air pollution does tend to be worse in sheltered areas between buildings or on the side of the street that is out of the wind. If you often walk in downtown areas, this may be something to keep in mind.

What Can You Do?

Some of the risk factors for autism in baby siblings are simply beyond your control. However, studies have indicated that there are a few ways you may be able to reduce the risk of autism. Use this chart to keep track.

The decision about whether or not to have another child is a complicated one for any family, but it's even more challenging for those families with one or more children on the autism spectrum. Understanding your family's autism risk and the factors that may contribute to it can help make your decision a bit easier. Ultimately, the autism risk in siblings is only one of the factors that may go into your decision. You'll also have to weigh the current and future needs of your family, the possible emotional benefit of another child, and the desires of your heart.