The latest edition of the Diagnostic and Statistical Manual of Mental Disorders, called the DSM-V, includes some significant changes to diagnostic criteria for autism, grouping several previously separate disorders under one umbrella. If you or your child are on the autism spectrum or you're in the process of being diagnosed, it's important to understand these changes in the DSM-V, the reasons for the new definition, and how the changes may affect you.

When a doctor or psychologist diagnoses someone with autism, he or she compares the individual's behavior with the criteria laid out in the DSM. If the behavior fits the description listed in the text, then the individual may be diagnosed with an autism spectrum disorder.

The new revision of the DSM included a different definition of ASD. To be diagnosed with ASD, and individual must have displayed symptoms starting in early childhood, and those symptoms must impair the individual's ability to function in day-to-day life. 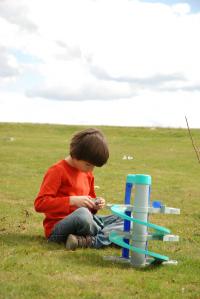 In order to receive a diagnosis of Autism Spectrum Disorder, a person must have all three of the following deficits:

In addition, the individual must display at least two of these behaviors: 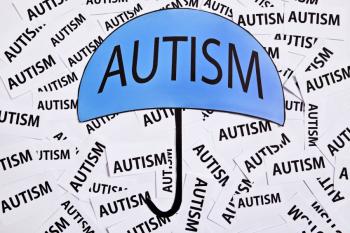 The latest revision of the DSM will be released in May of 2013, but many practitioners are already working off of the proposed revisions. There are some significant changes to the definition of autism.

One, Rather Than Five Disorders

According to The American Psychological Association, the standards for diagnosing autism spectrum disorders have changed for several reasons:

The previous version of the DSM had three core criteria for diagnosis:

The new DSM will have only two core areas: communication and social deficits and fixed or repetitive behaviors

Language Delays Not Part of Diagnosis

The new version of the DSM will not include language delay as a criterion for diagnosis. Because language delays could occur for many reasons and weren't consistent across the autism spectrum, the DSM-V Development Team felt that they should not be required for diagnosis.

How These Changes May Affect You

According to Autism Speaks, there are a few ways these revisions could affect you:

If you have concerns about whether you or your child may lose your diagnosis, contact your healthcare provider for more information. Only your doctor knows the specific symptoms that affect you or your child.

Although the definition of autism is changing, the core characteristics of the disorder remain the same. Since people with all levels of autism display many of the same characteristics but vary in the degree to which they display them, the new DSM-V criteria may better reflect that autism is a spectrum, rather than a group of separate disorders.

0
Comments
© 2006-2021 LoveToKnow, Corp., except where otherwise noted. All Rights Reserved.
Resources, Advice & Tips for Covid-19
Read More
Criteria for Autism in the DSM-V